Off the Grid Farm  - Harness the Wind for Power and Profit

Off the grid farm harnesses the wind for power and even profit. Wind being used for power is not a new notion. Less than a century ago, before oil was discovered as a "cheap" and "readily available" energy source, the old-fashioned spinning mills could be found on many farms across the country. But what is new is that wind can now be a source of profit as well as power. 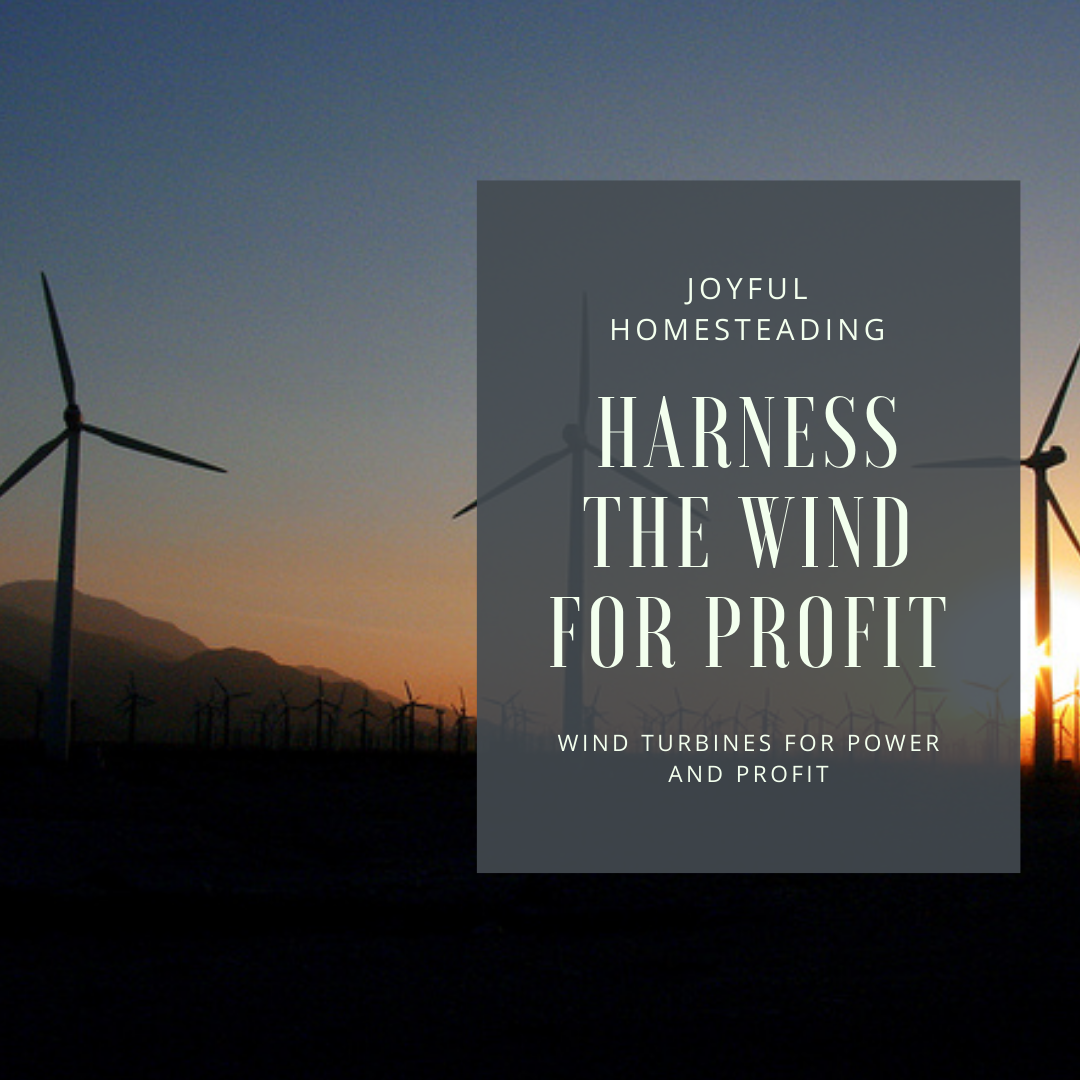 Wind Power Then and Now

The old-fashioned wind turbines were around for centuries and used primarily for pumping water out of the ground and to grind flour. But these days, harnessing the power of air is being recognized as a viable source of electricity.

The American Wind Energy Association (AWEA) has estimated that in 2008, such power would produce 16 billion kilowatt-hours of electricity. That's enough power to provide electricity to 1.5 million American homes with absolutely no pollution.

And unlike the costs of deriving electricity from oil, air power costs will remain stable. After the initial expense of installing the equipment, the price of moving air won't go up. 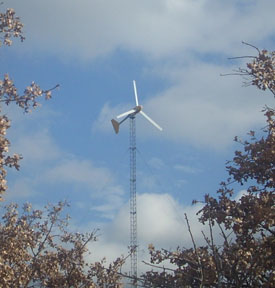 Air Power - How Does It Work?

Electricity is created by spinning a magnet. So the way air power works is simple:

Moving air passes over the blades of the turbine, making it turn. The rotating blades then turn a shaft inside the turbine which goes into a gearbox. The gearbox increases the rotation speed for the generator, creating a magnetic field which in turns creates electricity.

Off the Grid Farm
Is It Right For You?

The equipment for harnessing moving air is expensive. The current cost is anywhere from $6,000 to $22,000 depending on whether you have it installed or install it yourself. So if you live in an urban setting, it may be just as cost-efficient to get your power from the grid, although this may change in the foreseeable future. 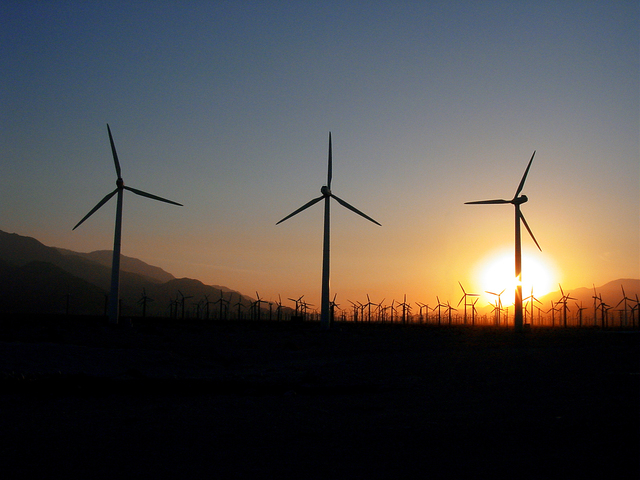 Photo by Ali Farid from Freeimages.com

A Way To Live
Off The Land?

Even if you have plenty of room not to mention loads of moving air, you probably won't be able to have an off the grid farm for wind on your land unless a developer approaches you. But if he or she does, you could earn anywhere from $2,000-$4,000 per month from your off the grid farm.

You can learn more by visiting the Department of Energy's Website.

What You Need For
This Type of Power

You will need at least an acre of land, and, of course, you will need sufficient moving air. If you live in a hilly or mountainous area, this power source may not be an option for you. You will need an average wind speed of at least 7-10 miles per hour. There are two ways to find out the average mph in your area. The U.S. Department of Energy has an online wind map. Also, local airports often measure and record average wind speeds. If you do get information from an airport, make certain the airport's anemometer is mounted at least thirty feet in the air. Otherwise, it won't give an accurate reading.

That means some cost and a lot of time and preparation. To build your own turbine, an excellent place to start is the Windpower Workshop book by Hugh Piggott. It's considered the best source for anyone considering building his or her own moving air turbine.

Also, because air is never constantly moving, this should never be your sole source of power.  If your dream is to get off the grid, an excellent complement is solar power.  These two sources of power are the perfect match. On cloudy days, when there is no sun, you usually have air moving. And then on the sunny days you can rely on your solar panels for electricity.

Learn More About Going Off the Grid