How to grow chamomile. Herb Chamomile is a perennial plant that produces small flowers resembling daisies that smell slightly of apples. It's an excellent herb to grow not only for its lovely appearance, but also because the flowers make an excellent tea.

Best of all, you'll be growing an herb with a lot of history. 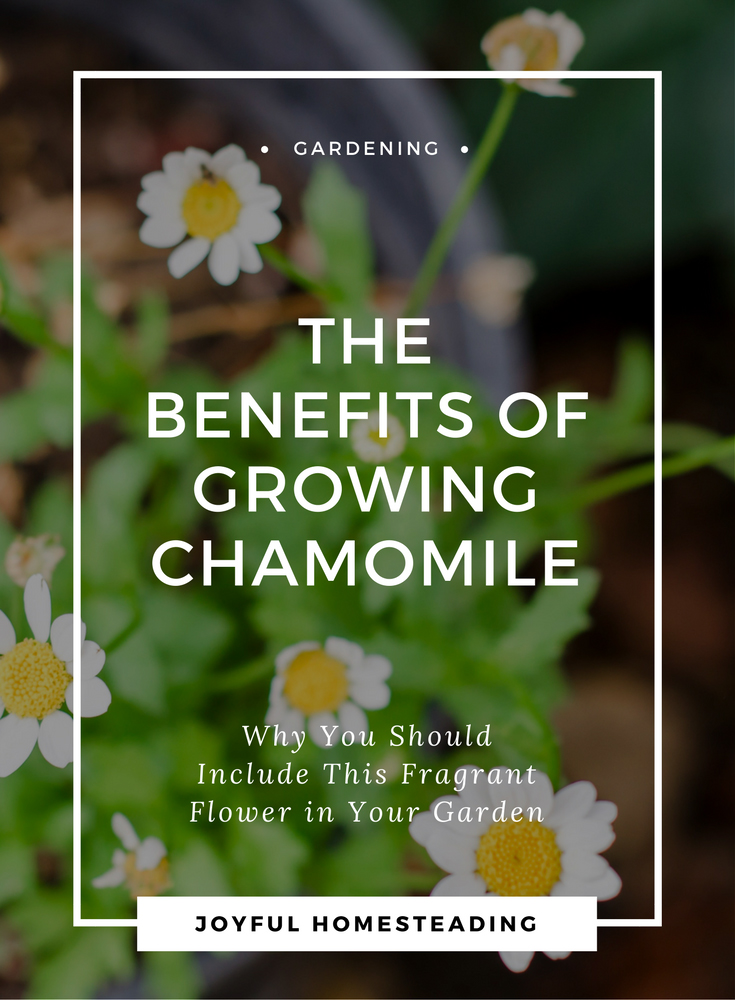 Sow your seeds in your garden in the spring. Roman Chamomile is a perennial and is happiest in a soil that is kept evenly moist. German Chamomile is an annual but will self sow, coming back year after year. The herb Chamomile prefers full sun, but also does well in partial shade. You will want to trim your chamomile back a bit about every other month.

The History of Chamomile

Chamomile has been appreciated and has been used since Egyptian times. During the Middle Ages, gardeners used to purposely plant Roman Chamomile in the middle of green walks so people would walk on it. It helped release the plant's fragrance and actually encouraged its growth.

As the old verses said:

Chamomile was also known at one time as a Plant's Physician; if another plant was sickly and you planted the herb chamomile next to it, the sickly plant would get better.

You can use all of the Chamomile plant, but the flowers have the greatest scent and value.

Chamomile tea is a safe and soothing sedative. It also eases the trauma of a nightmare and is believed to help prevent them.

Combine an infusion of the herb Chamomile with ginger and baking soda to ease cases of indigestion, flatulence, colic, heartburn, loss of appetite, gout symptoms and headaches.

A cup of Chamomile tea, taken an hour before meals, help increase the appetites of the elderly.

Once you learn how to grow chamomile, you'll find that in addition to making a wonderful tea, the flowers of Roman Chamomile can be used in salads and to decorate cakes. Please note: German Chamomile has a more bitter taste and isn't as aromatic as the Roman Chamomile.

You can also use the herb Chamomile to make potpourri. Put a handful of Chamomile into a muslin bag and add it to your bath to soothe your skin.

Learn More About Self Reliant Healing

Return from How to Grow Chamomile to the Home Page