Coconut oil therapy is an amazing process of using the power of coconut oil for natural, transforming healing.  This wonderful oil has been vilified for years, which is tragic.  Studies and clinical trials have shown the wonderful benefit of coconut oil, not only a healthier way to prepare food, but also a powerful way to combat viral infections, including HIV and hepatitis-C infections. 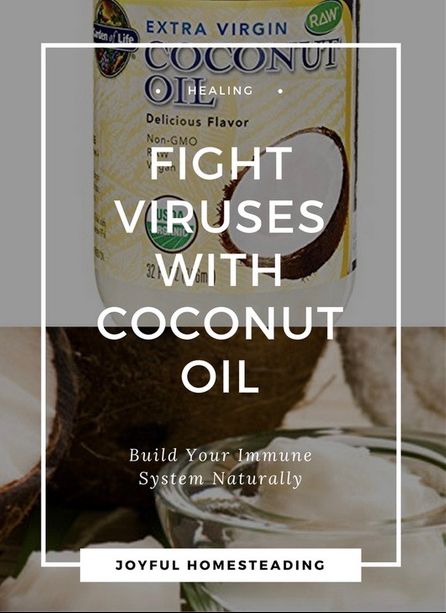 Strengthening our immune systems through excellent, all-natural food is far superior to attacking the illness - and our bodies - by using drugs.

We are taking way too many man-made antibiotics these days, leading to the developing of super bugs that are resistant to most antibiotics available today. 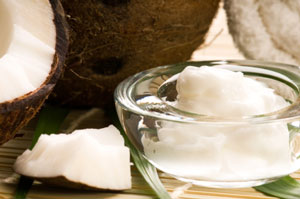 The Power of Coconut Oil Therapy

While no one can deny that antibiotics are life-saving when used properly, it makes sense to use more natural alternatives when you are suffering from conditions such as chronic ear infections, sinus infections, bladder infections, bronchitis and sore throats.

Even if you shy away from prescription medications, you still may be taking antibiotics unknowingly, not only in commercially produced meat, milk and eggs, but also in genetically engineered, or GE foods. Foods that are genetically engineered are created by splicing two food genes together, with one of them typically being an antibiotic resistance marker gene.

The scientists cooking this stuff up may think it's a great idea, but some researchers are warning these genes might recombine with disease-causing bacteria in the environment, creating dangerous infections that can't be treated with traditional antibiotics.

Even now, superbugs are threatening our health, sometimes rendering traditional antibiotics useless.   Doesn't it make sense to strengthen our immune systems instead by using healthy, all-natural foods including the healing power of coconut oil?

So why is coconut oil so beneficial?  Coconut oil contains healing properties including the powerful Lauric Acid.

Coconut oil also has the same saturated fat that is in human breast milk.  This wonderful fat helps build an infant's immune system during his first year of life. 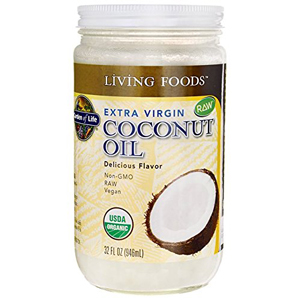 It can also help you fight off a host of nasty viruses and bacteria, including the lipid-coated viruses such as herpes, influenza and HIV.

Coconut oil therapy has also been known to help with dementia, helps lower high blood pressure, and helps ease the effects of hypothyroidism.

Coconut oil therapy is currently being used on an experimental level to combat the HIV virus and has had positive results in trial use.

How to Eat Coconut Oil

Some people take a tablespoon of extra virgin coconut oil three times a day, but if you're not used to this, you are likely to get indigestion. Instead start out mixing this healthful oil with food. Use it in your cooking and also add it as a topping to oatmeal or spread it on a slice of toast. I have one friend to stirs a spoonful of it in a cup of hot cocoa.

Return from Coconut Oil Therapy to the Home Page