What is the meaning of minimalism?  The term minimalism might fill you either with sheer terror or elation, depending on where you are in life, but this radical concept is simply a tool you can use to shed the clutter in your life and focus on what is truly important. 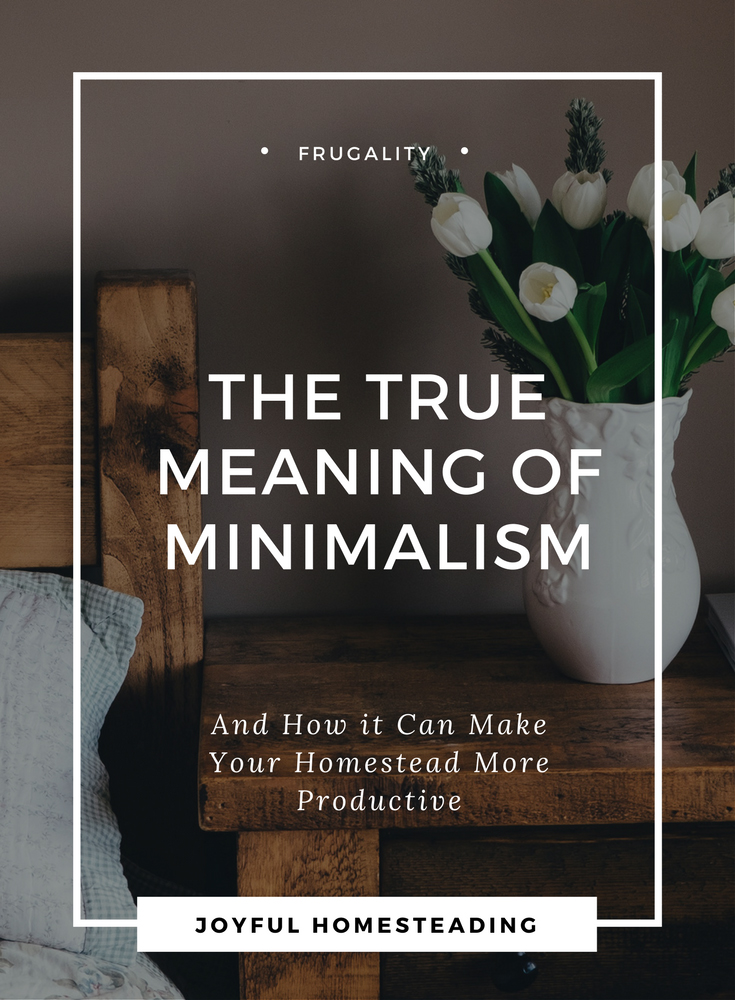 The meaning of minimalism isn't necessarily giving up everything you own, and it also doesn't require living like a monk, although some eventually choose to live that way.  Rather, it means clearing out the unnecessary and keeping only those things that add true value to your life.

So What is Minimalism?

Minimalism is a way of finding joy in living with less. Joshua Millburn, who wrote the book Everything That Remains with Ryan Nicodemus, walked away from a six figure income and all the trappings that went with it to pursue minimalism. 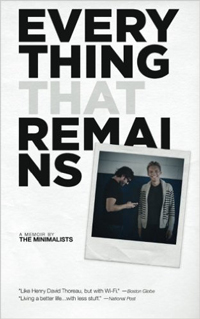 In his book, he states that although minimalism doesn't bring joy in and of itself, it is a tool that can be used to find the things that truly bring happiness.

Minimalism means giving up the unimportant possessions that bring clutter and keeping only those things that add real value to your life.  Essentially, it's getting rid of the stuff that collects dust, so that you can focus on the truly important things in your life.

What Minimalism Is Not

Don't confuse minimalism with organizing.  Organizing is often a way of hiding your accumulation of things so that others can't see them.  And it takes an inordinate amount of time - not only to organize the stuff in the first place, but also to keep all those things organized and put away in the right place.

Minimalism, on the other hand, is a liberating way of dealing with the chaos and clutter of our world.  The true meaning of minimalism is choosing to live with less.

Bill Gates once said, "With great wealth comes great responsibility" and it's true.  Think about the amount of time you spend on the things you own: Dusting, organizing, storing, repairing.  Do you collect things?  Then you need a case for your collection, a list of the items you own and a computer nearby so you can discover the latest increase or loss of that collectable.

The sad fact is for most of us, our stuff owns us rather than the other way around.  Our entire society is built on the accumulation of things, with most of them going into a landfill only a few years later.  Is that really what we want to spend the rest of our lives focusing on?

So What Happens After
The Stuff is Gone?

Happiness is not necessarily achieved by getting rid of everything.  As Milburn wrote:

"Ultimately the purpose of embracing minimalism has to do with the benefits we each experience once we're on the other side of decluttering.  Hence, removing the clutter is not the end result; it is merely the first step.  Sure, you feel a weight lifted off your shoulders right away, but you don't experience lasting contentment by just getting rid of your stuff.  Minimalism doesn't work like that.  By simply embracing the what without the why, a person gets nowhere.  It is possible to get rid of everything you own and still be utterly miserable, to come home to your empty house and sulk after removing all your pacifiers."

Millburn and Nicodemus, Everything That Remains, pg. 70

So the true meaning of minimalism is not just clearing out your closet and drawers.  That's only the first step.  After removing the clutter, you need to spend time focusing on what's truly important to you.

Millburn said that getting rid of the clutter forced him to ask the hard questions:  What am I doing with my life?  Does this thing or that add meaning?

As he began clearing out the physical things, he realized that the question applied not only to the things he owned but also to his relationships and the work he did.  It enabled him to take a long, hard look at the things that were taking up the lion's share of his day: His job, his habits, and yes, his spending.  What was truly valuable and what needed to be shed?

If you're hesitant to shed everything immediately, box things up and leave the items boxed for three months.  If at the end of that time, you haven't missed anything, give it away immediately.  You will feel far lighter as you pursue the life you truly want to live.